Worship with us this Sunday!! 10:30 a.m. in-person, on our ECC Worship page, or on YouTube. We hope to see you there!
back

Ten years ago the denomination of which we are a part, the Evangelical Covenant Church (known as “the Covenant”), partnered with World Vision in a manner that had never before been tried. At that time, the Covenant had been deeply involved in the Democratic Republic of Congo (DRC) for about 75 years. But, with all the good work that had gone, poverty was still a formidable barrier.

Then president of the Covenant, Gary Walter, had a vision of working with another organization to begin to dismantle that barrier. It would be a huge undertaking. The DRC was ranked dead last out of 187 nations on the United Nations’ Poverty Index. The Index measures poverty considering several factors that impact the daily life of the DRC’s 80 million people: poor health, insufficient education, and a low standard of living. Seventy-seven percent of the population in the DRC were living on less than $2 per day.

Thus began the work of Covenant Kids Congo powered by World Vision. Covenant Churches around the country were invited to take part in a World Vision Hope Sunday in which covenanters committed to child sponsorship at the cost of $40 per month per child sponsored. ECC Lafayette was one of the early participants in sponsorship, and we donated an initial start-up gift of $10,000, as well.

Currently, ECCers sponsor 114 children through the partnership with World Vision. That means that ECC alone is contributing more than $54,000 per year to eliminate poverty in the DRC and bring the children and families of the Congo further along in their faith. That’s an amazing thing!

And the work being done there is making a difference. If you want to read a more detailed report of the history and work of Covenant Kids Congo, click here. 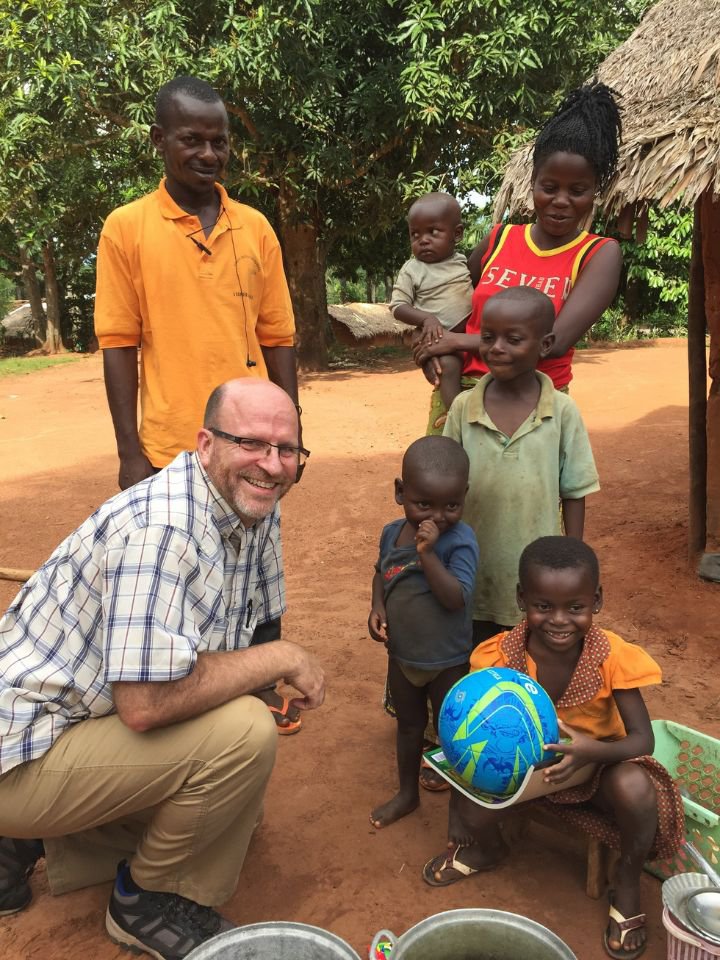 In 2015, I was privileged to be able to go to the DRC to see the work firsthand, and to meet the two children Kim and I sponsor. The picture above is of my meeting with Beatrice. If you would like to see an 18-minute video of my time in the Congo, please click here.

Over the past two years, World Vision has flipped the model for sponsorships on its head. Whereas in the past, we the sponsors chose children we wanted to sponsor, now it is the children who choose us. On Sunday, August 28, we will hold a special CHOSEN service in which we will invite you to prayerfully consider sponsoring a child or two. Those who sign up will have their picture taken. Those pictures will be sent to the DRC, where children in need of sponsorships will be allowed to choose the individuals or families who will sponsor them. The following Sunday, September 4, we will receive the pictures and information of the children who have chosen us.

Would you do me the favor of prayerfully considering sponsor a child through Covenant Kids Congo? Can we together raise the number of sponsorships to 130 or more? I invite you to join with me in asking God if he is calling us to take that step.

To know God, follow Jesus, and pursue God's purposes in the world.